The Bondsville Mill Park Committee not only advises the Board of Supervisors on the development of this 47 acre parcel into a space for passive recreation, preserving nature, and a historic site--the construction sub-committee actually performs much of the work themselves!

While the mill ruins are fenced off and too dangerous for hands-on exploring, visitors can get within just several feet of the mill, and see all the detail of the remaining infrastructure.  The park offers a ¼ mile compacted gravel loop trail around the mill buildings and along Beaver Creek. There is also a nature trail up to the water tower and a loop to the north of the property through old spruce, maple and oak forest, which total ¾ mile in length.

There have been grist  mills on the site of what is now Bondsville Mill Park since the 1700s,  but the woolen mill we see the remains of today was established sometime  early in the 1800s. Abraham Bond, believed to be the third owner of the  mill, opened Bond Woolen Factory producing Kentucky Jeans and  established the factory village of Bondsville.

The mill was  originally water powered using a water wheel which was driven by water  fed from Beaver Creek into the mill race behind the buildings. As new  technologies were developed the mill was powered by steam and finally electricity. You can see this evolution in the buildings that are still  standing and the large concrete pad which was the factory floor up to  the end of production.

During the Civil war the mill produced  uniforms for the Union soldiers. The Collins & Aikman Corporation  purchased the property in 1927 and produced automobile upholstery cloth.  During WWII, the mill produced various products for the military  including fabric for Air Force jacket lining.  After the war, the mill  produced men’s and women’s wear fabrics, as well as their “Candalon”  brand of woven nylon which was used in automobile upholstery. In time,  the corporation closed the mill and the site fell into disrepair.

East Brandywine Township acquired the mill in 2005 using open space funds and work to cleaning up the property and making the collapsed  buildings safe has been ongoing by a dedicated group of volunteers ever  since. While the park opened to the public in 2015, work to expand the  trails network and further stabilize the structures is ongoing.

The Bondsville Mill Park Committee can always use more help, including activities related to building stabilization, trail maintenance, gardening, fundraising, and marketing. Volunteers meet weekly at the Park every Monday morning as well as one weekend a month. The full committee meets at the Township Building every fourth Thursday of the month at 8:00 AM. While volunteerism is always appreciated, it is the financial support of people like you that makes it possible for us to acquire the materials and services necessary to continue to improve the grounds and facilities.

Your tax-deductible donations can be made to the East Brandywine Foundation quickly and securely online using the Paypal button below.

Your contribution donation is vital to continuing work towards bringing to full fruition the goals of providing an educational experience regarding the heritage of the regional mill industry and the local natural environment for our current and future generations. 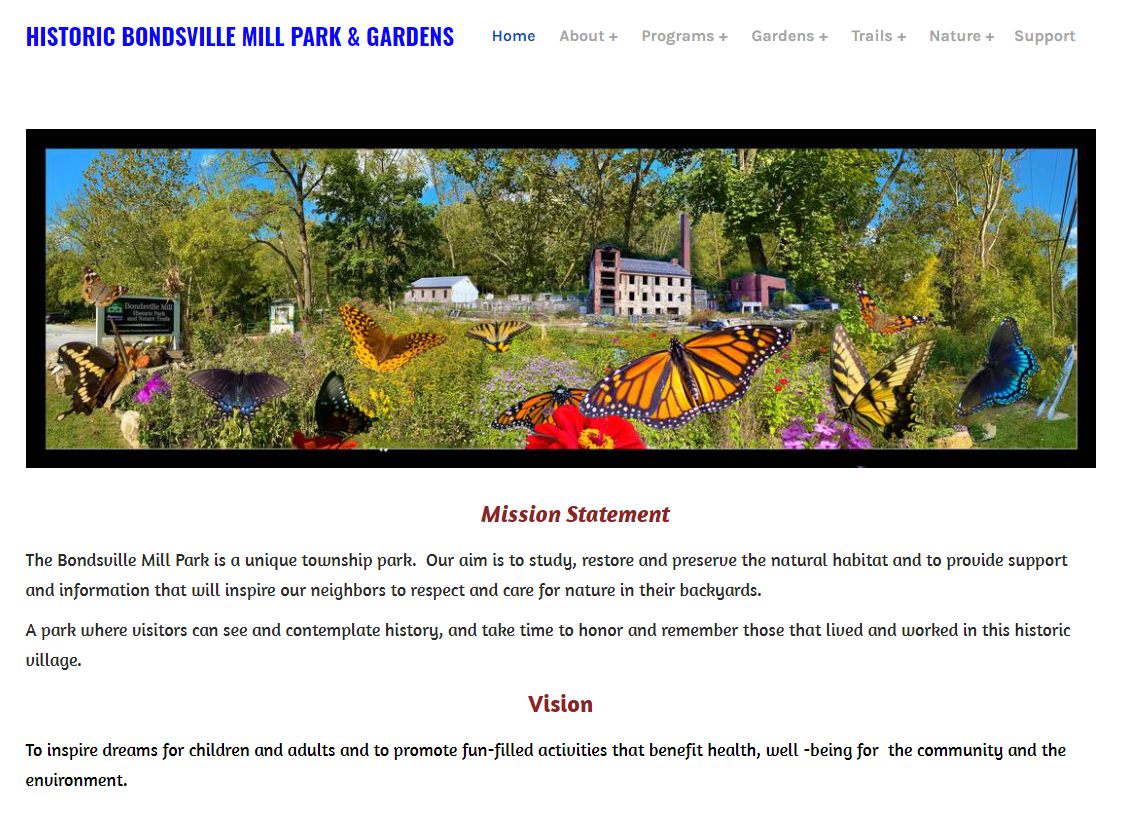 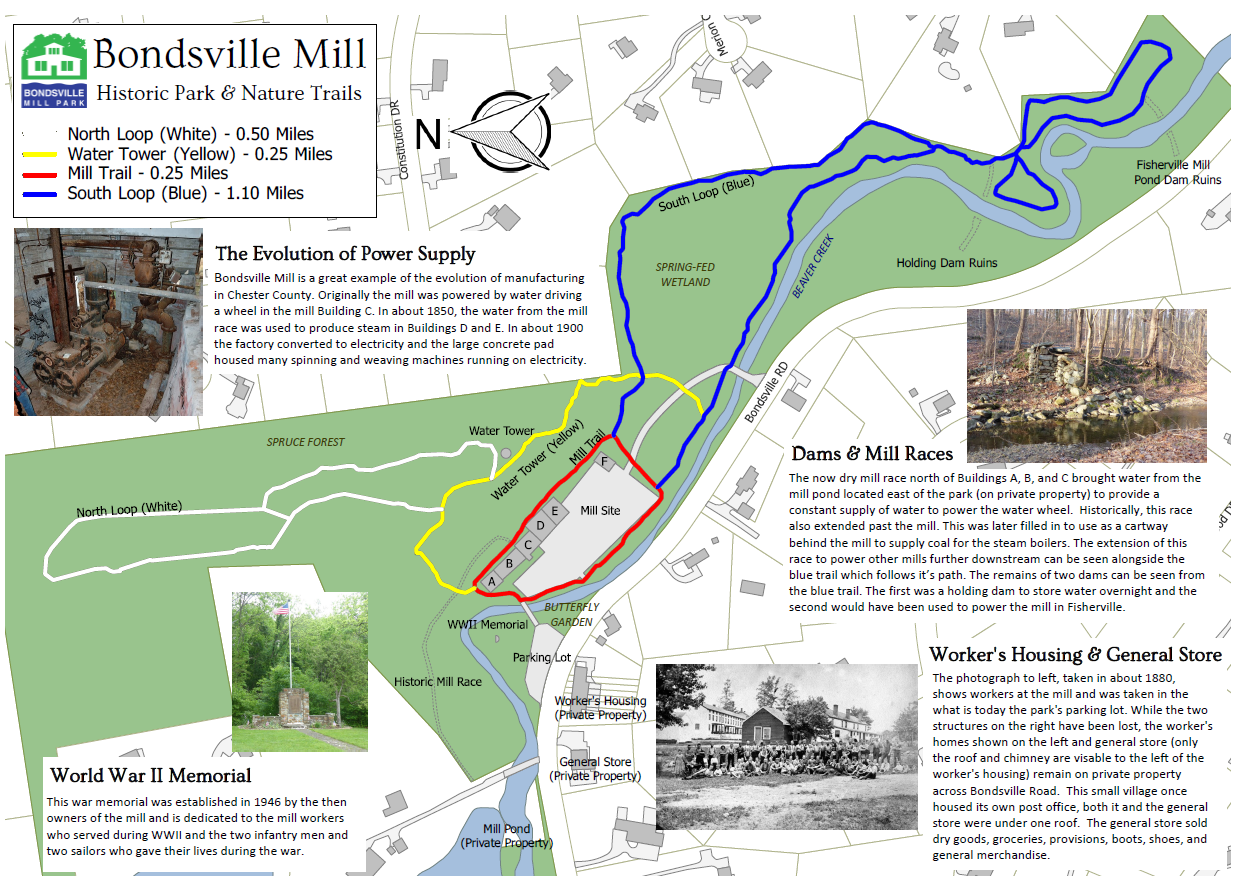 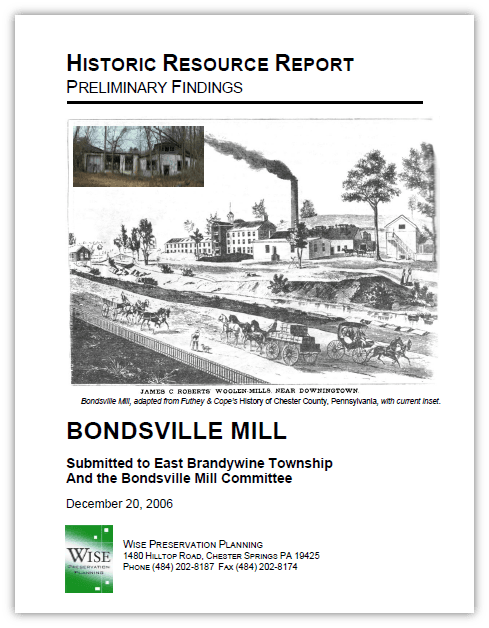 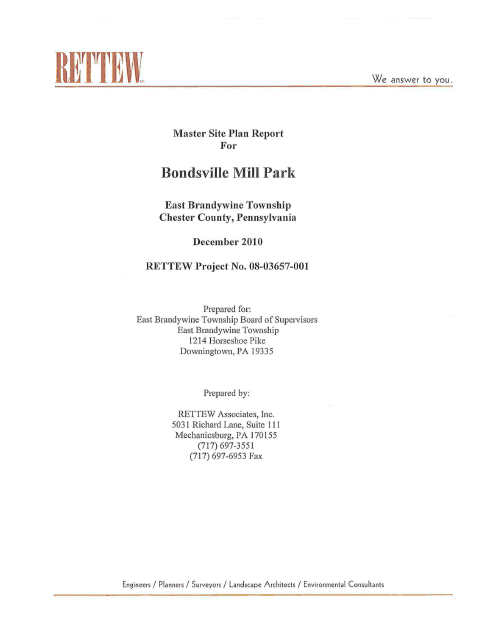